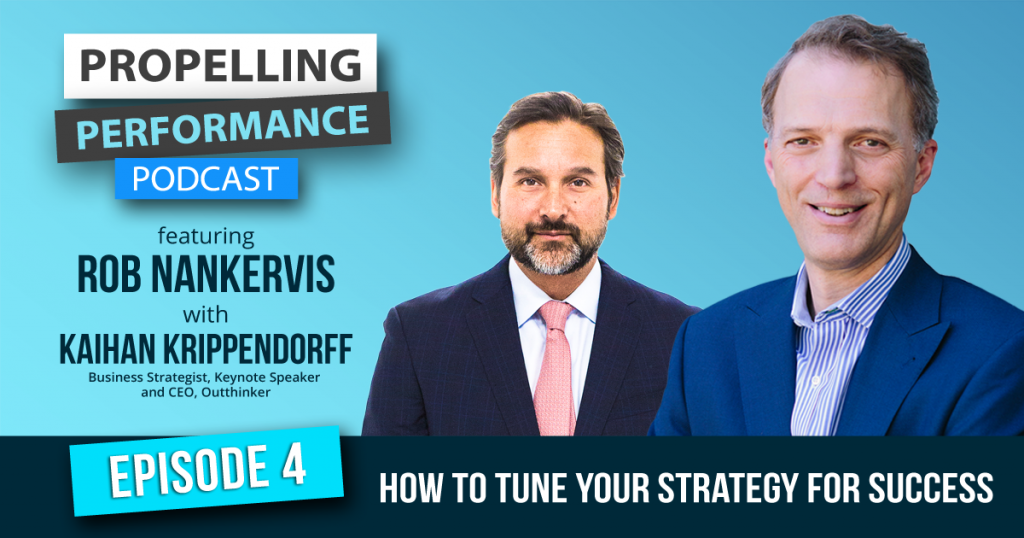 How to tune your strategy for success

In Episode Four, Rob dives into strategy with one of the top eight innovation thought leaders in the world, Kaihan Krippendorff.

Founder of growth strategy and innovation consulting firm Outthinker, member of the prestigious Thinkers50 Radar group and finalist for the Thinkers50 Distinguished Achievement Award in Innovation in 2019, Kaihan Krippendorff lives and breathes strategy every day.

“Strategy is not like science or medicine where we have agreement on what terms are and should be. I believe we should look at strategy as a living breathing thing – an ongoing exploration, where we introduce new terms and language into a body of knowledge.” – Kaihan Krippendorff 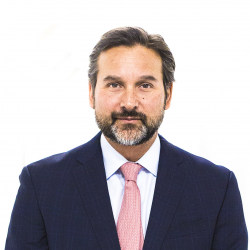 Kaihan Krippendorff has made a commitment to helping organizations and individuals thrive in today’s era of fast-paced disruptive technological change.

He began his career with McKinsey & Company before founding the growth strategy and innovation consulting firm Outthinker, whos growth strategies and innovations have generated over $2.5B in revenue for many of the world’s most recognizable companies including BNY Mellon, Citibank, L’Oréal, Microsoft, and Viacom. He is a best-selling author of five books, most recently the Edison Award nominated, Driving Innovation From Within: A Guide for Internal Entrepreneurs.

Kaihan is a member of the prestigious Thinkers50 radar group – A global selection of the top 30 management thinkers in the world to look out for. Thinkers50 also recognized Kaihan as one of the 8 most influential innovation thought leaders in the world considering him for a Distinguished Achievement Award in Innovation – given to the person in the world that has contributed the most to the world’s understanding of innovation in the past two years.

Amidst his dizzying schedule of keynote speeches, consulting projects, ongoing research and writing, Kaihan still finds time to teach at business schools throughout the US and internationally. Regularly featured in major business media outlets Kaihan is an advisory board member of multiple national and international companies.